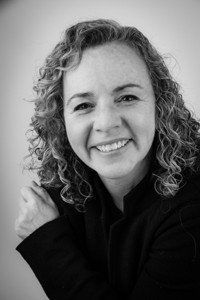 to the Healthcare category.  This is the fifth nomination for Ms. Match in as many years, and the fourth year in a row that Ms. Farnsworth has been included. While the duo specializes exclusively in Social Security Disability cases, the category is not limited to that specific specialty.

A graduate of the University of Utah, Ms. Match earned her Law Degree at Seattle University Law School in 1995. She has specialized in Social Security Disability Law since 1995, building an outstanding reputation spanning twenty-two years. Ms. Match also serves as a Hearing Officer for the Utah Professional Practices Advisory Commission and served as a Judge Pro Tempore for the Third District Court from 1998 through 2011. Her professional acumen and dedication also included her service as chair of the Utah Trial Lawyers Association Social Security Division from 2007 through 2008. 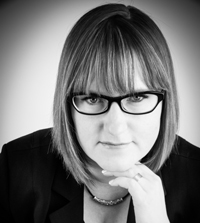 After graduation from the University of Utah and the J Reuben Clark Law School at Brigham Young University in 2002, Heather Farnsworth began pursuing her specialty of Social Security Disability Law. Licensed in Utah and Idaho, Ms. Farnsworth works with claimants throughout the process, working with the claimants and their families to help them during what is often a very stressful time. She handles administrative claims in all 50 states to help individuals throughout the often-complicated process. She joined Marva Match in partnership in 2011. This is her fourth appearance in the Utah Elite for Healthcare Law, having previously occupied a spot in 2010, 2011, and 2012.

Active in both professional and community organizations, Ms. Farnsworth has been on the Board Women Lawyers Utah since 2008 and also served a term as President of the Women Lawyers of Utah from 2011-2012. Co-Founder and Organizer of Cancer Bites, dedicated to sending 100% of the proceeds to the Huntsman Cancer Institute to further research and patient care. She also serves as Advisor on Salt Lake Community College’s Women’s Business Institute Advisory Board.

Associate Ryan Oldroyd began practicing Social Security Disability Law in 2010. He has been named to the Utah 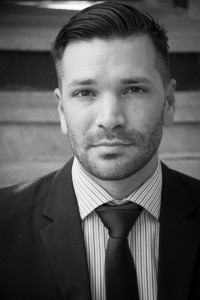 Legal Elite in the Up and Coming category which highlights those less experienced in their specialties who exhibit ability, leadership, and exemplary service. His strong academic background includes earning a B.S. in History and his Juris Doctor both from the University of Utah, as well as earning a Masters in Modern European History from the University of Cambridge, Cambridge, England. A Utah native, Mr. Oldroyd is admitted to practice in Utah and Washington D.C., and has been active in the legal community as a member of the Watkiss-Sutherland II Inns of Court.

Utah Business magazine sponsors The Utah Legal Elite, a listing of the top lawyers in Utah as voted by their peers. This resource highlights the top lawyers in 25 categories. Those listed include shareholders of the state’s largest firms, solo practitioners, counsel for governments and corporations, members of boutique firms and many more.

Active members of the Utah State Bar were invited to vote for peers whom they consider the state’s best lawyers. Individuals could vote for up to eight lawyers, with maximum of three from their own firm.

About Match and Farnsworth

The attorneys and staff at Match & Farnsworth exclusively handle Social Security disability claims and are dedicated to procuring the benefits claimants deserve. The firm represents clients through all levels of the administrative process, including the hearing with an administrative law judge. Match and Farnsworth’s skill is evident in its 90-95% approval rate, yet offers appeals specialists to help in the small chance of an unfavorable decision.

Local to Salt Lake City, Match & Farnsworth also serves clients throughout United States and the firm is committed to providing the advocacy and representation each claimant deserves.