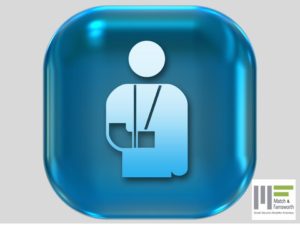 We have had many clients ask about how proposed cuts to Medicaid will affect people with disabilities. The most recent version of the Senate Republican bill will have a large impact on low- and moderate-income Americans.

“The centerpiece of the Senate bill is a series of major reductions in federal aid for poor Americans who rely on Medicaid and for consumers who currently qualify for federal subsidies to help them buy private health insurance through the Obamacare marketplace.”

Under the Affordable Care Act, (“ACA”), the government covers the cost of insuring the poor. This includes the federal government covering nearly the “entire cost of expanding Medicaid coverage to low-income adults without children in the 30 states (and the District of Columbia) that have chosen to expand their programs.” Under the Senate version, the taxes to cover the subsidies will be scrapped.

Under the Senate version of the GOP proposal, “The expansion of Medicaid benefits currently offered under Obamacare would be phased out beginning in 2020 and shut down completely by 2024.” The health care bills “would make major changes to health insurance markets, reducing requirements on health plans and changing the structure of financial subsidies that the current law provides to low- and moderate-income Americans.”

This will have one of the largest effects on older and low-income people, whose insurance premiums will soar under either of the GOP plans. “For example, under the House bill, a 64-year-old consumer with an annual income of $26,500 would see the cost of an average silver-level plan increase more than ninefold, jumping from $1,700 a year to $16,100 a year.”

These changes in funding and coverage can be extremely difficulty for individuals with disabilities. However, we believe, based on the most recent news that a healthcare bill that makes such large cuts to funding and which removes so many consumer protections is unlikely to pass the Senate.

There are challenges to the bill moving forward, “largely because of differences between the party’s more moderate wing and its conservatives.”https://fivethirtyeight.com/…/the-narrow-path-forward-for-…/